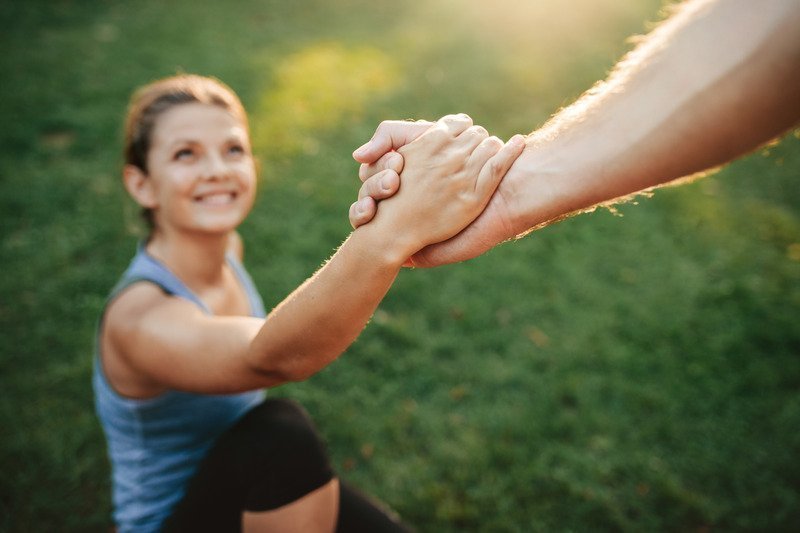 01 Nov Discovery: “Kindness” Gene So Powerful It Can Be Detected By Strangers In 20 Sec

Is that man or woman across the bar someone you can trust or empathetic enough to spill out your story of pain and suffering? Researchers at the University of California, Berkeley, have found compelling evidence that healthy humans are hard-wired to recognize empathetic strangers who can help them in 20 seconds.

“We’ve known that genotype can influence personality, but we’d only ever studied what goes on inside a person — things like behavioural scales and heart-rate measurements,” says Serena Rodrigues Saturn, Ph.D., a senior author of the study and an assistant professor of psychology at Oregon State University, in Corvallis. “This is the first time anyone has observed how different genotypes manifest themselves in behaviours that complete strangers can pick up on.”

“Over the past five to seven years, researchers have been exploring how genetics affect emotions” said Aleksandr Kogan, lead author of the study and a postdoctoral student at the University of Toronto at Mississauga, “What we’re learning is that, to a certain extent, we have a genetic basis that supports a lot of the processes that make us nice.”

In particular, researchers have focused on a hormone called oxytocin, which has been linked to emotions like love and trust and is found in a variety of animals. Higher levels of oxytocin have been linked to higher levels of trustworthiness, empathy and willingness to sacrifice, Kogan said.

Widely known as the “cuddle” or “love” hormone, oxytocin is secreted into the bloodstream and the brain, where it promotes social interaction, bonding and romantic love, among other functions.

In the UC Berkley study, 24 couples provided their DNA and then researchers documented the couples while they discussed the times when they had suffered. Video recorded the partner who was listening.

Later a separate group of 116 observers viewed the 20-second video clips of the listeners (see video) and were asked to rate which seemed most trustworthy, kind and compassionate, based on their facial expressions and body language. None of the viewers knew the video subjects, and they watched the clips with the sound off so they had no knowledge of the situations being discussed. They were then asked to rate how kind, caring, and trustworthy the listening partner seemed, based only on visual cues.

“The listeners who got the highest ratings for empathy, it turned out, possess a particular variation of the oxytocin receptor gene known as the GG genotype.”

All humans inherit a variation of this gene or “allele” from each parent. The UC Berkeley study looked at the three combinations of gene variations of the oxytocin receptor. The most empathetic able to get an accurate read on others’ emotions had two copies of the “G allele.” In contrast, members of the AA and AG allele groups were found to be less capable of putting themselves in the shoes of others and more likely to get stressed out in difficult situations.

“People can’t see genes, so there has to be something going on that is signalling these genetic differences to the strangers,” Kogan said. “What we found is that the people who had two copies of the G version displayed more trustworthy behaviours? more head nods, more eye contact, more smiling, more open body posture. And it was these behaviours that signalled kindness to the strangers.?

Kogan pointed out that having the AA or AG instead of the GG genotype does not mark a person as unsympathetic.

Although scientists used to refer to the gene’s “A” variant as a “risk” variant (because it increases the risk of autism and social dysfunction), many experts now think of the variations as just that: variations that may along with many other forces — play out in personalities.

“It’s important to understand that some people are… naturally more held back, or may be overcome by their own personal stresses and have a hard time relating to others,” Rodrigues Saturn says.

“These are people who just may need to be coaxed out of their shells a little,” she said. “It may not be that we need to fix people who exhibit less social traits, but that we recognize they are overcoming a genetically influenced trait and that they may need more understanding and encouragement.”

Kogan said that many factors ultimately influence kindness and cooperation.

“The oxytocin receptor gene is one of those factors but there many other forces in play, both genetic and non-genetic,” he said. “How all these pieces fit together to create the coherent whole of an individual who is or is not kind is a great mystery that we are only beginning to scratch.”

Is a stranger genetically wired to be trustworthy? You’ll know in 20 seconds By Yasmin Anwar

Is empathy in our genes? By Amanda MacMillan, Health.com

Is a Stranger Trustworthy? You’ll Know in 20 Seconds Science Daily