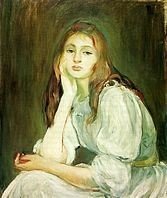 04 Feb Daydreaming may be making you unhappy

In a recent New York Times article (November 2010): When the Mind Wanders, Happiness Also Strays, John Tierney cites new doctoral research published by Harvard psychologists, Matthew A. Killingsworth and Daniel T. Gilbert that may prove “daydreaming” isn’t as good for our “state of mind” as we might think.

Their research was published in the November 2010 issue of Science, titled: A Wandering Mind Is an Unhappy Mind.

The team gathered over a quarter-million responses from more than 2,200 people on an iPhone app they created, that “tracks the happiness? of its users at trackyourhappiness.org.

The conclusion from the abstract:

According to the research, minds were wandering on average 47 per cent of the time.

“You might suppose that if people’s minds wander while they’re having fun, then those stray thoughts are liable to be about something pleasant and that was indeed the case with those happy campers having sex. But for the other 99.5 percent of the people, there was no correlation between the joy of the activity and the pleasantness of their thoughts.”

“Even if you’re doing something that’s really enjoyable,” Mr. Killingsworth says, “that doesn’t seem to protect against negative thoughts. The rate of mind-wandering is lower for more enjoyable activities, but when people wander they are just as likely to wander toward negative thoughts.?

So engaging in pleasant activities doesn’t necessarily shield us from unhappiness, it’s the focusing part that does, the “being engaged in the present? that does the trick.

Interestingly enough, in another study, What does doodling do?  (February 29th, 2010), published in Applied Cognitive Psychology, University of Plymouth, psychology professor Jackie Andrade, examined the effects of doodling on one’s concentration level.

In this specific study, the participants were asked to listen to a phone message and remember the names of 8 party guests mentioned on the tape, those that doodled recalled 29% more information on a surprise memory test.

Andrade came to the conclusion that doodling aided achieving the right amount of concentrated focus needed to avoid “daydreaming? and still have enough attention available to listen to the recording.

Daydreaming appearing as the culprit once again.

Through guided visualization and reverie are known problem-solvers, it’s most likely the “guided? part of the equation that makes it so effective (concentration + dreaming).

Otherwise, one can gather from this study, that if left unattended, our minds will wander to the dark side.

Are idle minds, the devil’s workshop?

What does doodling do? Jackie Andrade