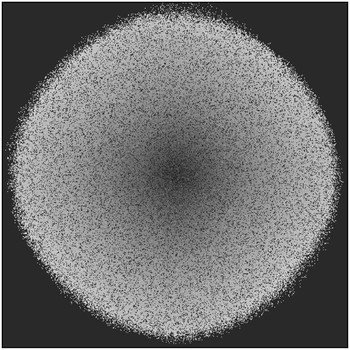 New research by computer scientists shines a new light on the theory of evolution. In contrast to the accepted theory of “survival of the fittest”, the ability to evolve (called evolvability) could possibly be hereditary and inherent in nature itself.

The philosopher Diderot wrote, “It seems that Nature has taken pleasure in varying the same mechanism in an infinity of different ways … She abandons one class of production only after having multiplied the individuals of it in all possible forms.”

So even without physical challenges to separate the fittest from unfit, organisms left to reproduce randomly will separate into more and more diverse and potentially evolvable organisms on their own.

In a paper published this week in PLOS ONE, entitled “Evolvability is Inevitable: Increasing Evolvability without the Pressure to Adapt, researchers, Kenneth O. Stanley, an associate professor at the College of Engineering and Computer Science at the University of Central Florida and Joel Lehman, a post-doctoral researcher at the University of Texas at Austin report that evolvability can increase over generations regardless of whether species are competing for food, habitat or other factors.

“That is, once evolution begins, it might naturally accelerate, like a rock rolling down a mountain.” Joel Lehman mentions in his blog post, Evolvability is Inevitable.

Using a simulated model they designed to mimic how organisms evolve, the researchers saw the team’s simulated organisms became more evolvable without any pressure from other organisms out-competing them. The simulations were based on a conceptual algorithm.

“When new species appear in the future, they are most likely descendants of those that were evolvable in the past,” Lehman said. “The result is that evolvable species accumulate over time even without selective pressure.”

After many rounds of randomly letting organisms reproduce in a simple model, the most evolvable ones tended to travel furthest from the original niche in the center. In the photo above the lighter colors mean more evolvable organisms.

The research showed that these organisms had ability to diffuse more quickly through the space of possible biological environments (new ways of life) thus becoming more “intelligent” and complex and essentially founding new life forms and niches happening whether or not there were competitive challenges.

“Nature” or “divine intelligence” appears to passively create “an infinity” of niches and evolvable organisms all by herself.

The scientists have previously completed some fascinating research on “novelty search”. Essentially developing an evolutionary search method that takes the radical step of ignoring the objective of search and instead rewarding only behavioral novelty.

“To achieve your highest goals, you must be willing to abandon them.”