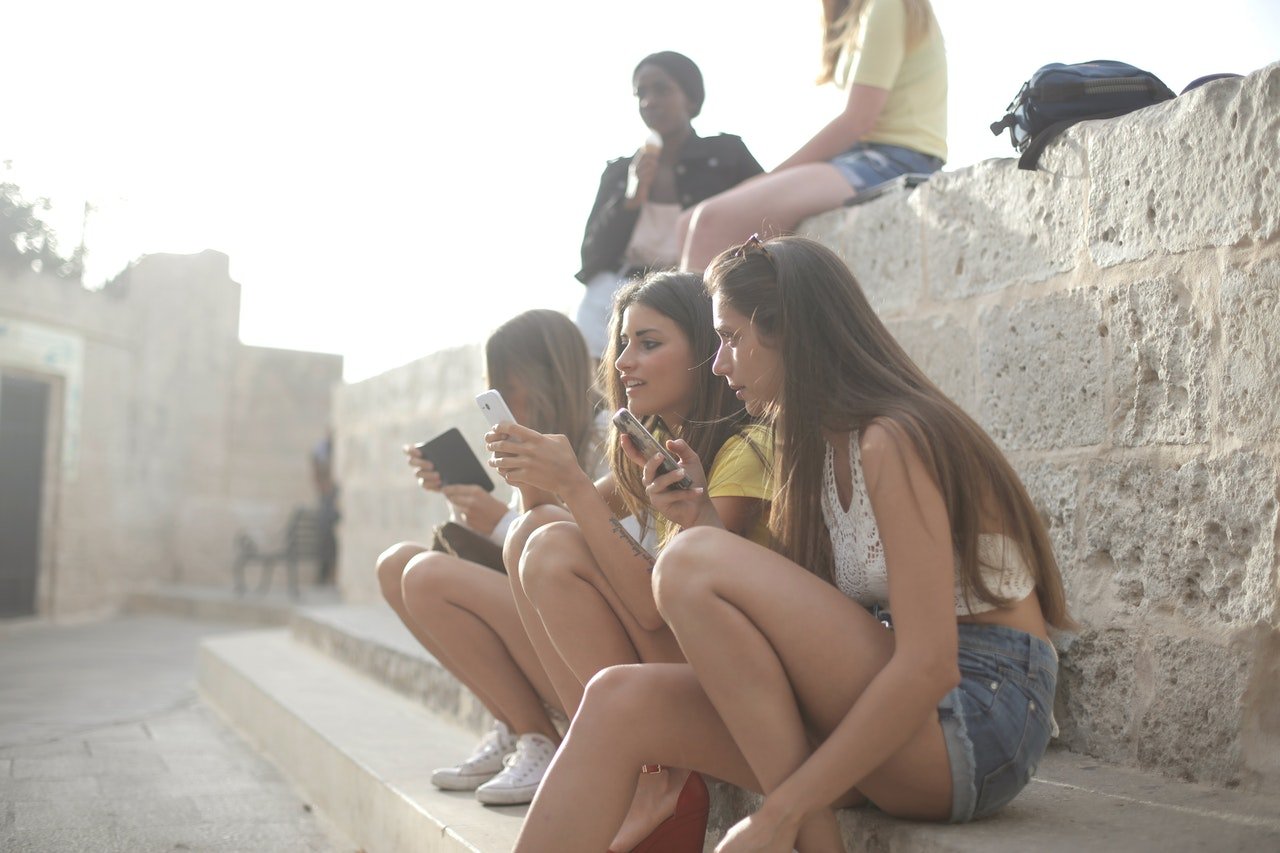 06 Dec Cell Phone Research Proves Gossip Is Good For You

In 2001, a major cell phone company BT Cellnet commissioned researchers at a UK social research centre (SIRC), to verify if gossip was good for one’s health. If gossip was good for you, then SMS messages, Twittering and talking with friends on our cell phone, Smartphone or BlackBerry about the “latest news” could facilitate this “healthy” pursuit. Was this just another way to sell cell phones? Or is gossip actually good for your health?

According to the research, the word “gossip” is derived from an Old English word: God-sibb. It actually has positive connotations and is translated as “a sibling or friend or close companion in God.”

Robin Dunbar, psychology professor and author of Grooming, Gossip and the Evolution of Language, refers to gossip as “social grooming” the equivalent of what animals do when they groom each other’s fur. In the primate community this is a form of social bonding.

In the SIRC study, Evolution, Alienation and Gossip: The role of mobile telecommunications in the 21st century, Kate Fox mentions:

“It has been shown that the mutual grooming performed by primates stimulates production of endorphins ? the body’s natural painkilling opiates ? which makes them relaxed, and reduces their heart rate and other signs of stress. It is highly likely that the ‘vocal grooming’ of gossip among humans has similar effects. Experiments have also shown that raising of social status is associated with increased serotonin in the brain, which has equally beneficial physical and psychological effects. By gossiping, we may effectively be giving ourselves the natural equivalent of small doses of morphine and Prozac.

Dr. Dunbar in Why Gossip is Good for You goes on to explain that gossip also makes it easier and faster to bond in social networks by preparing us for future social contacts:

“That conversations allow us to exchange information about people who are not present is vitally important. It allows us to teach others how to relate to individuals they have never seen before…Without that knowledge, it would take us days to work out the basis of a relationship…

Of course, the level of the relationship is necessarily rather crude but at least it allows us to avoid major social faux pas at the more superficial levels of interaction when we first meet someone. Significantly, when it comes to really intense relationships that are especially important to us, we invariably abandon language and revert to that old-fashioned primate form of direct interaction?mutual mauling.”

But, Dunbar warns us that “it doesn’t mean that it should form the mainstay of human bonding”.

Can this healthy survival strategy be a two-faced sword? Can it get out of hand?

We all know how a conversation can either heal us or hurt us. A minister William P. McKensie in Gossip and Conversation said:

“gossip may be amusing and harmless, but quite often even this phase is like a syrup in which a drop of poison is placed.”

When we are conversing, there is a fine line between sharing experience and using another’s experience to feel better about ourselves. Some people gossip because they feel empty inside or bad about themselves. If they talk about another in a derogatory way this makes them feel superior. Of course, in this case, it is no longer gossip “friends in god” but rather slander. So, instead of being a form of learning experience and social bonding, it becomes a way of filling a void and feeling better about oneself at the expense of another.

The SIRC study says the academic definition of gossip doesn’t necessarily imply slander. According to the study:

“Academics engaged in defining gossip have also focused on the evaluative element of gossip, which perhaps distinguishes it from other forms of informal, chatty conversation. Gossip has been defined as “evaluative talk about a person who is not present” (Eder & Enke, 1991) and, less narrowly and more accurately, as “the process of informally communicating value-laden information about members of a social setting” (Noon & Delbridge, 1993). “

The study had quite a few interesting findings:

When people gossiped about celebrities it was indistinguishable from when they gossip about their friends or family, that men gossip as much as women and surprisingly two-third of the time they are talking about themselves, where women talk only one-third of the time about themselves and that women consider their cell phones a type of bodyguard when they are out alone. And finally, the reason we attribute gossiping to women may only be because women use a higher-pitched voice when they converse where men talk in a monotone pitch which makes even their idle chatter sound serious.

One would think since this particular study was commissioned by a cell phone company, that this 2001 SIRC research was somehow biased.

But it’s 2009 and just looking around on our crowded New York City streets it’s no longer the crazy homeless talking to themselves but students and Wall street executives with their ears adorned with wireless headsets and animated gestures, walking, talking and texting passers-by, stopping at red lights to send their next Twitter and the car ahead of you missing the green light because of some urgent message.

No. the study wasn’t rigged at all. It’s human nature and it’s probably healthy.

Evolution, Alienation and Gossip: The role of mobile telecommunications in the 21st century
By Kate Fox

Why Gossip is Good for You By Robin Dunbar, New Scientist