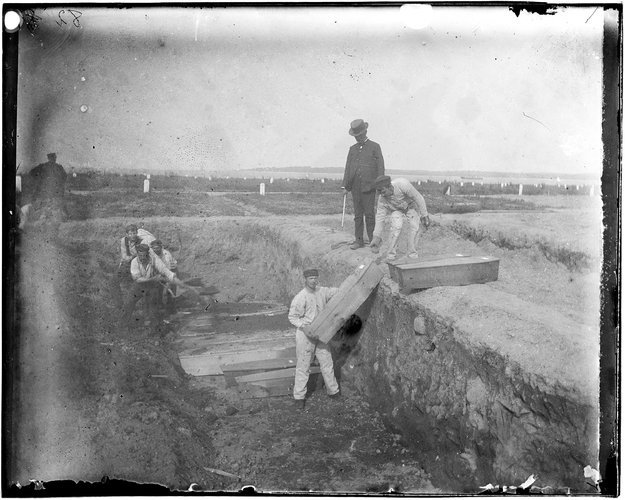 What do burial grounds, gallows; Edgar Allan Poe and bad Feng Shui have in common?

Washington Square Park is built on what was once Potter’s Field. A potter’s field is a term refers to a place where unknown or indigent people are buried.

From consultant to the Oxford English Dictionary, Barry Popik’s The Big Apple Website:

Lieutenant William Burns gravely investigated. He learned that the present common was a Potter’s Fields from 1797 to 1823. More than 100,000 yellow fever victims were buried there; that Rose Butler, a young, serving woman, was hanged and buried there in July, 1819, either for murder or robbery.

Most of the new properties look right over the Square itself. A good part of that was the old Brevoort Farm. Six and one-half of its better than nine acres were Potter’s Field from 1797 to 1823, and 10,000 New Yorkers were buried in it?.

Not only were over 100,000 people buried here but here were gallows where public executions were held. 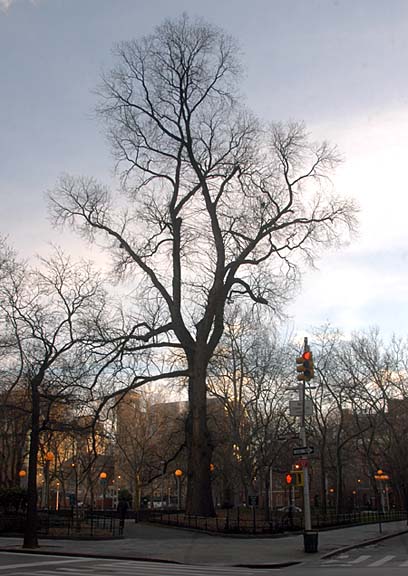 They were built when the Square was Potter’s Field. When this section was an uncultivated tract the houses faced the city’s gallows, where public executions were held. It is said the hangman of New York once lived in the corner house. The gallows lifted their gaunt head where the Washington Arch now stands. A large elm tree, which stood in the Square as late as 1799, sometimes serves as a gallows. There is little doubt but that the hangman walked from the corner house to serve at the last public execution in the Square, when Rose Butler, a negress, was hanged.

Edgar Allan Poe, America’s most famous writer of many genres amongst them, gothic horror, actually had a residence a few blocks from this “burial ground” in NYC.

Many of his most famous passages dealt with “questions of death, including its physical signs, the effects of decomposition, concerns of premature burial, the reanimation of the dead, and mourning.”*

Imagine if Poe actually choose this residence because of its proximity to a graveyard. Were the disincarnate of Washington Square Park conversing with Poe and inspiring his works?

Feng Shui experts consider living near a graveyard inauspicious for Humans. According to the precepts of Feng Shui, Humans are Yang and graveyards are overly Yin. When there is an abundance of Yin (Earth) energy, Humans tend toward depression, stubbornness, loss of opportunity and not to mention the influence of any lost disembodied spirits wandering around.

Depending on the Feng Shui source 1,650 feet away is a safe distance. A good deal of prime New York real estate is in this zone. For sensitive New Yorkers, it might explain; the creepy feeling in the area, (even though the presence of NYU attempts to blot it out) and its (until Bloomberg) past predominance of shady activities and drug deals.