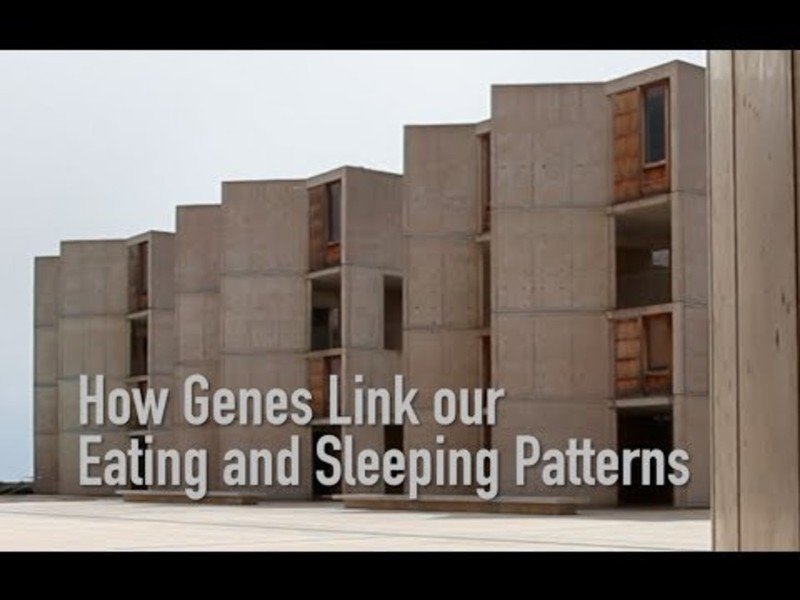 04 Feb Binge eating in the middle of the night? It may be genetic, new study says

Ever have to get up in the middle of the night for a ham and cheese sandwich or scoop of Ben & Jerry’s Chocolate Fudge Brownie ice-cream? A new study shows that ?night eating syndrome’ may not just be bizarre hunger pangs that come at unwanted hours, interrupt sleep and cause overeating and weight gain but a mutation in the genes responsible for our sleep cycle causing a mismatch in our eating schedule.

The study reported in the May 2014 Cell Press journal, Cell Metabolism, “Time-Restricted Feeding without Reducing Caloric Intake Prevents Metabolic Diseases in Mice Fed a High-Fat Diet,? reports on a pair of genes that normally keeps eating schedules in sync with daily sleep rhythms. If those genes are mutated, they say it may play a role in so-called night eating syndrome. In the mice they studied with this mutation in one of the genes, their eating patterns shifted and lead to unusual mealtimes and weight gain.

Lead author, Satchidananda Panda of the Salk Institute for Biological Studies says that: “Every organ has a clock, that means there are times that our livers, intestines, muscles, and other organs will work at peak efficiency and other times when they are — more or less ? sleeping.?

Panda mentions, that if people are eating all day and night it may throw off our metabolic cycles. There are specific times when cholesterol should be broken down to glucose when we eat. If people eat randomly, those genes are ?on’ all day. Panda says, “It’s the same principle as with sleep and waking. If you don’t sleep well at night, you aren’t completely awake during the day.?

The inspiration behind the research was a decade’s old discovery of a particular mutation in a protein called PER2 which causes an inherited sleep disorder. The mutation is in an area of the protein that can be phosphorylated?the ability to bond with a phosphate chemical that changes the protein’s function. Humans have three PER that play a role in the daily circadian clock and all containing the same phosphorylation spot. The scientists wondered whether mutations in the equivalent area of PER1 would have the same effect as those in PER2 that caused the sleep disorder.

So, the Salk scientists joined forces with a Chinese team led by Ying Xu of Nanjing University to test these mutations in mice. They bred mice without mouse period genes and added human PER1 or PER2 with a mutation. The mice with mutated PER2 had sleep defects but the mice with a PER1 mutation, had no issues with their sleep-wake cycles but surely enough did have problems with their eating schedule.

“Panda and his colleagues hypothesize that normally, PER1 and PER2 are kept synchronized since they have identical phosphorylation sites?they are turned on and off at the same times, keeping sleep and eating cycles aligned. But a mutation in one of the genes could break this link, and cause off-cycle eating or sleeping.?

The mice were given high fat diets and standard diets and either were fed around the clock or restricted to eating during an eight hour time period. The mice on a high-fat diet who ate just as much as the round-the-clock eaters didn’t gain weight or suffer from any metabolism issues. In fact, the mice who ate only during an eight hour time period, had better metabolisms, less liver damage and less inflammation to boot.

“For a long time, people discounted night eating syndrome as not real,” says Panda. “These results in mice suggest that it could actually be a genetic basis for the syndrome.”

The weight gain caused by PER1 is entirely caused by meal mistiming, not other metabolic defects, they hope to study exactly how PER1 controls appetite and eating behavior?whether its molecular actions work through the liver, fat cells, brain or other organs.

One more win for genetics and future Epigenetics.

“We are now entering a new phase, of what might be called, self designed evolution, in which we will be able to change and improve our DNA. Once we have read the book of life, we will start writing in corrections. At first, these changes will be confined to the repair of genetic defects, like cystic fibrosis, and muscular dystrophy. These are controlled by single genes, and so are fairly easy to identify, and correct. Other qualities, such as intelligence, are probably controlled by a large number of genes. It will be much more difficult to find them, and work out the relations between them. Nevertheless, I am sure that during the next century, people will discover how to modify both intelligence, and instincts like aggression.?