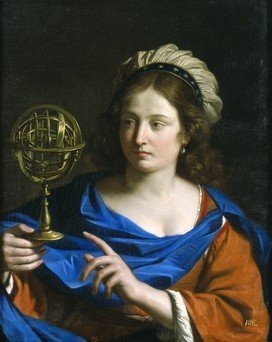 Though astrology hasn’t been considered a science for thousands of years, on Thursday, February 4th, 2011, the Bombay High Court in India reaffirmed that it is indeed a “science? when it dismissed a Public Interest Litigation (PIL) that challenged astrology as a science.

The 100-page PIL was filed by Janhit Manch, a judicial activist NGO in India, that sought action against “fake” astrologers, tantrics and practioners of Vastu shastra (for Westerners think “Feng Shui”). The document cited points such as Indira Gandhi and Charan Singh becoming prime ministers, despite opposite astrological predictions.

“So far as prayer related to astrology is concerned, the Supreme Court has already considered the issue and ruled that astrology is science. The court had in 2004 also directed the universities to consider if astrology science can be added to the syllabus. The decision of the apex court is binding on this court,” observed the judges. “

Advocate for Maharashtra government, Bharat Mehta too supported the stand taken by the Union government.

The Centre had in its affidavit stated that astrology is 4000 years old ‘trusted science’ and the same does not fall under the preview of The Drugs and Magical Remedies Act (Objectionable Advertisements) Act, 1954.

“The said Act does not cover astrology and related sciences. Astrology is a trusted science and is being practiced for over 4000 years,” said an affidavit filed by Dr R Ramakrishna, deputy drug controller (India), west zone.

“The said Act is aimed at prohibiting misleading advertisements relating to drugs and magic remedies. The Act does not cover and / or relate to astrology and / or allied sciences like Palmistry, Vaastu Shastra etc. In view thereof, a purported ban on practices promoting astrology and related sciences sought by the petitioner, which is a time tested science more than 4000 years old is totally misconceived and unjustifiable.” The Times of India

The law and astrology

The first time that astrologers and Astrology appeared in the law any place was in England in the 16th Century.

The British enforced the British Vagrancy Act which was supposedly focused on protecting people from gypsies, but that act marked the first unfortunate identification of astrologers with “fortune-telling? and the illegality of the practice took root.

“In that act, it became illegal to perform any form of fortune telling using cards, tea leaves, crystal balls and, unfortunately, the movement of the heavenly bodies.

“Now, the people that were involved were not Astrologers. They were gypsies and fortune tellers, and that’s all they were, without any real credentials. There was no understanding on their part of the true meaning of the horoscope, and the fortunes they told were pure guess. In the British Vagrancy Act, the word “Astrologer? and “horoscope reader? appeared and we had the first statement that it was illegal to tell fortunes by horoscopes. Unfortunately, the law in England was followed in the United States and the colonies adopted the English law applying to vagrants and subsequently many states did, using the same language.” Astrology and The Law, Dr. Walter Coleman

From then on, it was all downhill for astrologers.

Though there were never any federal laws which Congress has enacted (Senate and House of Representatives) or provisions in the United States Constitution that mentioned Astrology or astrologers, there are numerous state and community laws and restrictions on astrologers and the practice of Astrology.

“The laws astrologers object to include bonding requirements of up to $10,000, business license fees that range from $300 per year to as much as $100 per day, and even total prohibitions on the practice of astrology for a fee. Labeled “fortune-telling” and lumped in with all manner of archaic “occult arts” and “metaphysical practices” as well as the complete pantheon of New Age philosophies, astrological practice is restricted by many cities in most states in this “Land of the Free.“ The Law and Astrology AFAN

The Case of Evangeline Adams

One of the most famous legal cases against an astrologer was the New York District Attorney’s office against Evangeline Adams in 1914, who was not only one of the most accomplished astrologers of that time but also billionaire J.P Morgan’s personal astrologer (famous for telling him “not to board the Titanic? among her many financial and business directives).

“Astrology is the science which describes the influence of the heavenly bodies upon mundane affairs and upon human character and life. It is a mathematical or exact science as it is based upon astronomy which describes the heavenly bodies and explains their motions, etc. It is an applied science in that it takes the established principles of astronomy as its guide in delineating human character, and all its judgments are based on mathematic calculations. It is an empirical science, because its deductions are based upon accurate data that have been gathered for thousands of years. Astrology is the oldest science in existence. It is not only pre-historic but pre-traditional, and must not be classed with fortune telling, or any of the many forms of demonology as practiced in ancient and modern times. Astrology is the science of the effects of the Solar Currents, on the living things of our earth, especially on human life. The earth in revolving around the sun passes through twelve different currents of Solar Fluid which also have twelve distinct parts, thus causing the great diversity in human life.?

The defendant has given ample proof that she is a woman of learning and culture, and one who is very well versed in astronomy and other sciences. Her chart here, as made out, may be verified, as she states, by those who may be disputatious on the subject of its accuracy in the books and records of astronomers for years. And when the defendant stated to the prosecutrix that these planets and their relative positions indicated this or that, and this or that ought to happen, if the signs meant anything, with the distinct understanding had between them that the defendant was giving no assurance that this or that eventually would take place, I say she violated no law.

It is to be admitted that a certain class of fortune-tellers may be honest in their purposes and honestly believe the things they say to be true. There are people in this world who claim with earnestness that they have superhuman powers and that their specific means of reading the future are reliable; yet the law is not concerned so much with the good faith of the party pretending to possess this ability, as it is concerned with dealing in a human way with the things that are within human knowledge only. Common experience teaches many things; in fact, the science is predicated upon the fact developed in the affairs of the world as men have experienced them. No doubt many many years ago for anyone to have attempted to say that the conformation of the head of that the physiognomy of a creature determined the character of the individual and that such and such a type would someday turn out to be a criminal would have been guilty of fortune telling. But the history of specific cases has furnished us with a working basis. For these new theories that nowadays seem to be accepted by noted criminologists and the public in general.

“I am satisfied that the defendant has not pretended to tell fortunes, and she is accordingly acquitted.”

Things haven’t changed much since 1914; AFAN (Association for Astrological Networking) has made some strides in changing laws that restrict the practice of Astrology. A list of state-by-state actions concerning the practice of astrology can be found on their website as well as a legal information kit.

Scientific or not, it might be well to ponder the late Professor of Architecture, Mimi Lobell of the Pratt Institute’s words:

“The reason for astrology’s popularity is that it offers people what science does not; a psychologically meaningful link between the individual and the cosmos. To dismiss astrology, as superstition shows a lack of understanding of the primordial psychological need for a meaningful relationship with the cosmos … It is a call for cognitive frames which describe not only the order of the universe but also give the individual a sublime sense of participation in that order.”

The Law and Astrology by Jayj Jacobs

Astrology is a science: Bombay HC Hetal Vyas The Times of India