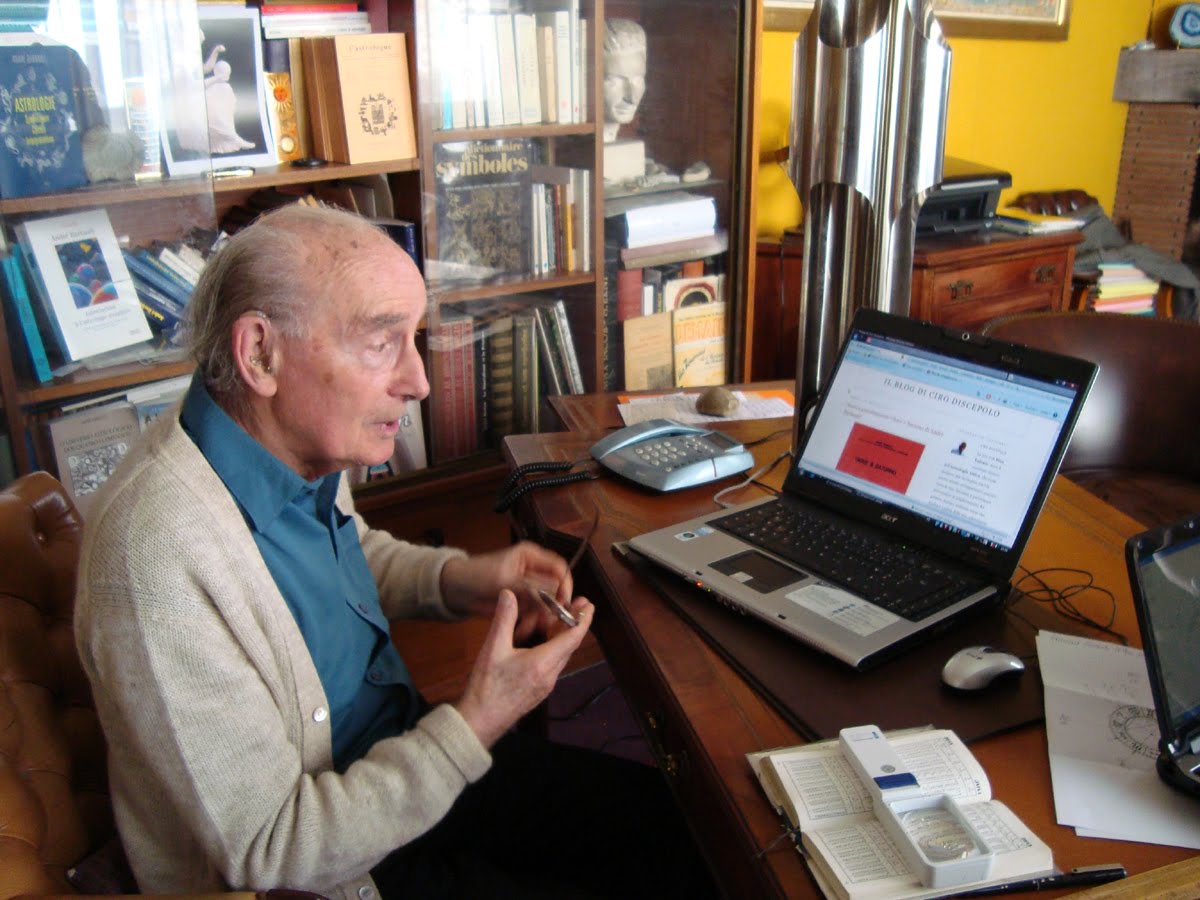 Posted at 21:47h in Astrology by Tima Vlasto
1 Like
34
SHARES
ShareTweet

André Barbault (1921-2019) was a French astrologer who made quite a few predictions about a pandemic that would occur in 2020. His prediction was in 2014, before his death on October 8, 2019 at 98 years old. Below are some excerpts from his books and mundane predictions as they might relate to the Coronavirus pandemic we are all now facing.

Barbault believed that predictive astrology was best left for mundane events rather than used as forecasts on an individual level. He believed for the individual the forecasts were more “feeling states” rather than specific events.

He did a lot of great work on major astrological cycles. For example, according to Barbault, the Saturn-Uranus cycle is related to the future of the United States of America. The Saturn-Neptune cycle with the USSR, the Jupiter-Saturn cycle with Europe and the Saturn-Pluto cycle with China.

Astrologer Lynn Bell mentions that in his book, La Prévision de l’avenir par l’astrologie (Paris: Hachette, 1982), Barbault argues that the emphasis placed on transits as a predictive technique is one of the major shifts in 20th-century astrology. “Our solar system grew from seven to ten planets,” he points out. “It means astrologers went from 17 possible transit combinations to 45.  He defines transits as “linking living beings to the cosmos, through the rhythms of time.” Barbault didn’t bother much with retrograde planets, progressions, or solar returns in his practice. This was a fairly radical position during the last quarter of the 20th century.

Barbault remained optimistic about the new world that will emerge in 2026, when the outer planets are sextile and trine in air and fire signs.

This was written by Andre Barbault in 2014 in his book La seconde guerre mondiale on page 144-145:

“The next critical expiration to be announced falls around the triple Jupiter-Saturn-Pluto conjunction of 2020-2021. Along the course of the cyclical index of the new century, it is also its lowest point below; this astral trio, triangulating by square and semi-square Uranus-Neptune. No one doubts that, with this network of nine dissonances clustered in a quarter of the zodiac, a strong universal imbalance can be felt.

However, there is no place to fear a Third World War, because the three major planetary cycles of the Uranus-Neptune-Pluto trio unfold in their ascending phases: general continuation of a constructive path of humanity, which does not respond to a deflagration. universal, in case this general dissonance should be manifested in warlike fact.

The Saturn-Plutonian tendency, which Jupiter amplifies here for his company, is added by his affinity with the shadowy values ​​of fall, of chasm, but of elevation of dark, underground or other forces of destructive hue. The individual is subjected to chills, obsessions of denial, of humanity that regrets, enters darkness and debases. We are also led to fear a new danger of a pandemic: the terrible “black plague” of 1347-1348 carried this symbol, although we were not in the state of therapeutic defenselessness of that time … In any case, nature itself is at risk of being a kind of chaos source of a different order, causing, for example, serious geophysical disturbances.

Nor is it excluded that world society is put to the test. Can our continent know a new ice age, undermined by deep forces? The renewal of the Jupiter-Saturn cycle, which affects Pluto in a closed Uranus-Neptune dissonance circuit, suggests the possible coming of a new general imbalance. Particularly hitting the European community, more seriously exposed to the crisis or settling in a kind of twilight state.

We can also ask ourselves about the transit of this trio Jupiter-Saturn-Pluto about the position of Jupiter (22º Capricorn) of the Chinese State (Beijing, 10/1/1949, 15:15 h). A question mark for the international community against this great Asian country, already on the brink of world leadership?” 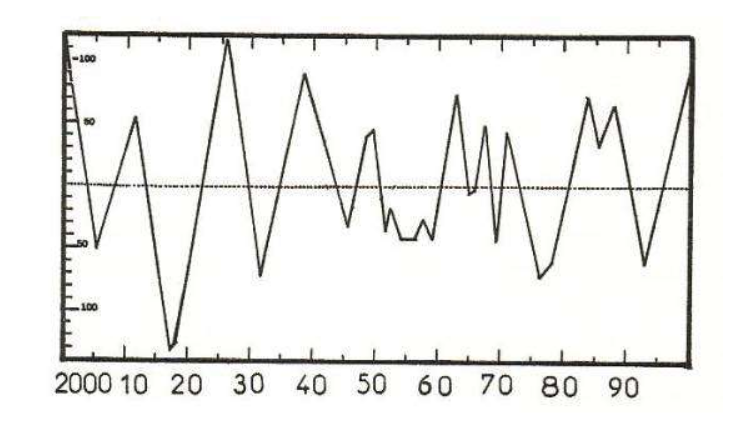 “Going back to pandemics and going back the past century, the four crises of 1918, 1954, 1968 and 1982 are obvious, the two considerable having been the first, the famous” Spanish flu “which is said to have caused 25 millions of deaths, and the last one where AIDS took hold, which is even more devastating and continues to be deadly. Since then, there was also a slight influenza outbreak in 2009, all against the last lowest cyclical index ( 2010). We may well be in serious danger of a new pandemic at the cap of 2020-2021, at the lowest point of the cyclical index of all this 21st century, with the quintet of nits gathered over a hundred degrees, a Jupiter-Saturn-Pluto conjunction that can more particularly, and even specifically, lend itself to the “tissue” of this imbalance. The fact remains that this configuration can also transfer its core of dissonance to the terrain of geophysical disasters, without ultimately sparing the international business scene, Nature and Society being affected without distinction.”

But the list is not finished of a series of situations which end in giving the general feeling of a climate of the end of civilization. In the feeling of chaos that we experience, there is a big threat which weighs on the environment. It is the ecological danger of a terrestrial site which could be polluted or the fear that a paranoiac head of State uses the atomic bomb. Notwithstanding the spread of corruption, and the development of an underground economy of narco dollars, prostitution, drug, delinquency, trash art, the going back to what is wild and primitive; the same way an abominable diplodocus dinosaur has become a toy for children. Naturally, this picture of darkness goes hand-in-hand with a moral climate of mourning: mankind having already lost its aura loses its nature and humanity in a spiritual desert, failures of ideologies, intellectual nihilism, and lost spirits. We understand that in such a cauldron, it can be difficult to catch a glimpse of the other side of the present synod, which is itself heralding the beginning of a new humanity, of a civilization better than ours and more radiant than the one we are leaving. At the highest point of the cyclic index of 2003, in spite of our miseries, our present years are shaping it without us being able to see its form or its impact because not enough time has passed since this birth. But man, the son of Earth and Sky, is like a sleepwalker who follows his line of the universe. Nobody is infallible. Nevertheless, in this case, more than ever I claim that the application of the mysteries of the royal art of astrology is the prediction for the whole of humanity, and this type of astrology, in the long run, is the highest application of the presence of Urany.

Will we wait for the next evolutive sextile Uranus Neptune of 2025/2030, this aspect being to the conjunction what birth is to conception. The seed is nevertheless already sown. And, say, without astrology, what would be globalization? 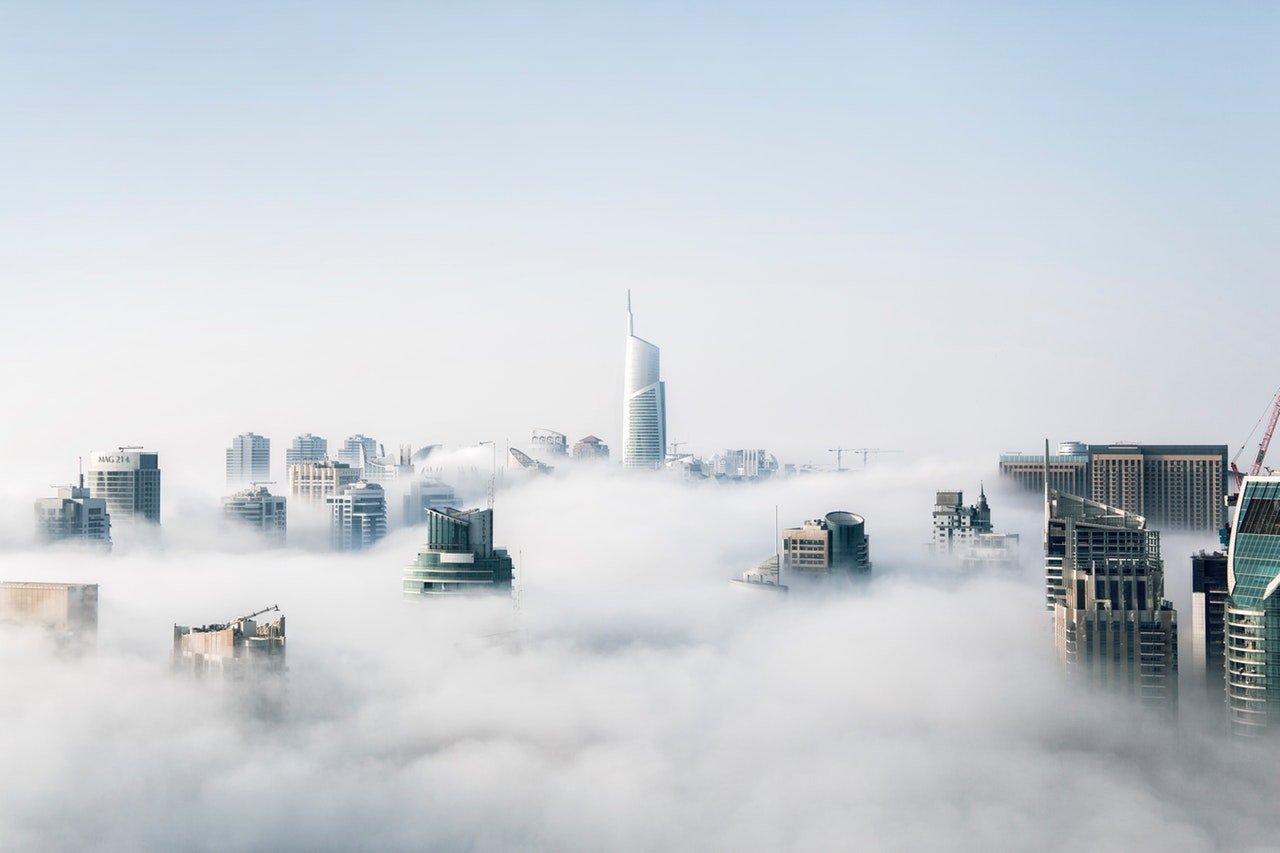 Article Name
French Astrologer Who Foresaw Coronavirus Pandemic in 2014
Description
André Barbault (1921-2019) was a French astrologer who made quite a few predictions about a pandemic that would occur in 2020. His prediction was in 2014, before his death on October 8, 2019 at 96 years old. Below are some excerpts from his books and mundane predictions as they might relate to the Coronavirus pandemic we are all now facing.
34
SHARES
ShareTweet