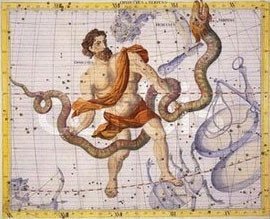 The constellation Ophiuchus (prior Serpentarius) is old news, so old that even the astronomer, astrologer and mathematician Ptolemy (90 AD) knew about it and so did most of the ancient world.

That the earth wobbles on its axis and shifts in its relationship to the backdrop of constellations in the sky, Hipparchus noted in 130 BC! He even named it the “precession of the equinoxes”.

That Eastern astrologers use the Sidereal zodiac (drawing their charts based on the actual backdrop of constellations astronomers now see in the sky), and Western astrologers, the Tropical zodiac (a zodiac constructed symbolically and numerically, by dividing the space around the earth into sectors of 30 degree “spaces where the forces of creation morph into qualities and functions”) is also standard knowledge.

So, why suddenly is everyone talking about a “13th sign of the Zodiac, called Ophiuchus??

In an MNBC article, The Twitter Snowball Effect, the Zodiac and NPR, M. Alex Johnson tracks down the sources of this astronomical disaster*.

He traces the story back to a Time.com and Huffington Post article, that was a rewrite by NBC station KARE from a feature article in the Minneapolis Star-Tribune that simply quoted a man named Parke Kunkle from the Minnesota Planetarium Society who said, “When [astrologers] say that the sun is in Pisces, it’s really not in Pisces,”

All this can be traced back to a New Year’s Eve article on LiveScience.com by Robert Roy Britt, who simply pointed out what astronomers have said for centuries: “The astrological Zodiac is plain wrong as a fundamental observational artifact, and it has been for millennia.”

The key word being “observational”. As we said, western astrologers “allegorically” refer to zones of celestial activity (that happen to have the names of the constellations). These zones are called Aries, Taurus, Gemini, Cancer, Leo, Virgo, Libra, Sagittarius, Capricorn, Aquarius and Pisces and are represented by the Ram, Bull, Twins and Crab etc, because the qualities of these animals symbolize these cosmic principles not because they are physically near the constellations by the same names.

According to the mythos of Greek or Western Astrology, the Sun acts as a middle man, bringing in the cosmic forces from the Galaxy and streams the energies into 12 zones, like 12 cosmic energy portals that the Earth passes through on its trip around the Sun. The planets focus these energies and step the galactic forces down even more and bring them into our earthly experience.

So why the fuss now?

“All that happened this week was that some online news editors learned about him, incorrectly thought he was new and turned him into a viral phenomenon. As often happens on Twitter, the first, inaccurate take – “hey, there’s a new Zodiac!”-  took off, snowballing into an avalanche that buried all attempts to correct it.

But what gave this specific story its 24 hour Twitter status fame? If we were to map this “meme”, what mix of ideas would it have sprouted from?

With all the environmental phenomena happening, mass animals deaths, volcanoes erupting, floods and airports changing signs because of magnetic pole shifts; Googling “pole shifts”, and then finally Earth axis and spins would most likely lead to someone reading about the “precession of the equinoxes” which happens because the Earth wobbles on its axis.

The one good thing about all this for Western astrology is that this “precession of the equinoxes” and Ophiuchus factoid which is usually the first thing astronomers mention when debunking astrology, has actually led to a plethora of information on the web about this phenomenon. Finally, astrologers are coming out of the closet and explaining it all in simple enough terms for everyone to understand.

So the availability of clear information combined with the fear of having to remove a Scorpio tattoo and the “identity crisis?” engendered by changing signs has led people to finally “take the time” to read a bit about the different systems, which in some strange indirect cosmic way, will actually improve Western Astrology’s status.

*A bit of trivia: The word “disaster” has its roots in the ancient Greek prefix and root: dis (bad) and aster (star).

Of course, whether we accept the Sidereal Zodiac of the East or the Tropical of the West. We all may just be riding on a turtle’s back….:) 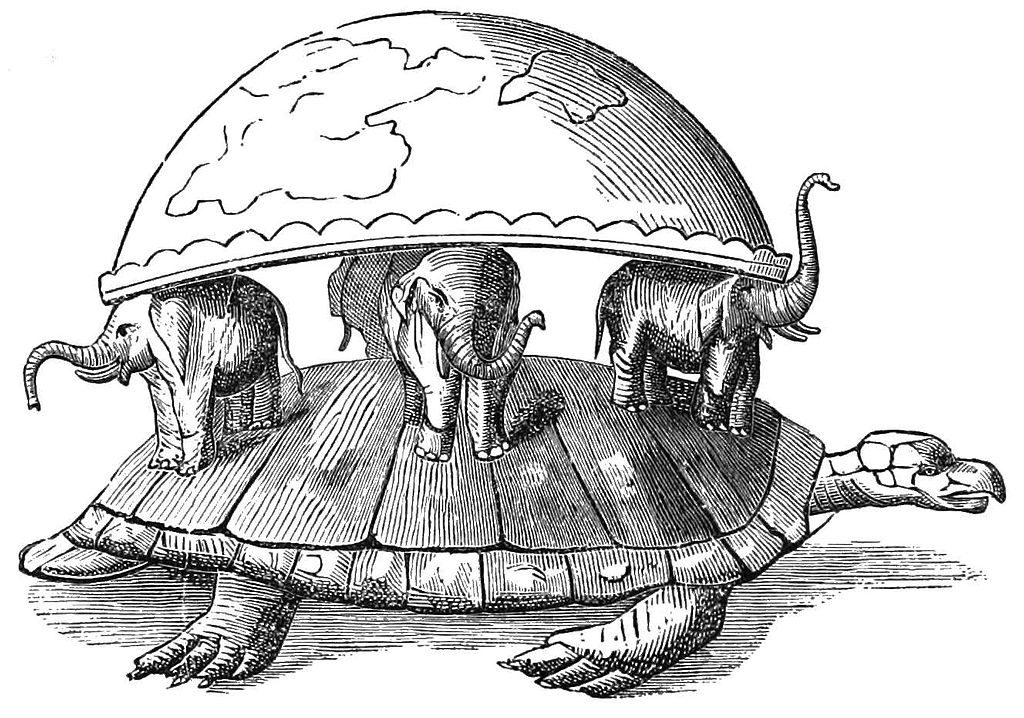 And this cool The Flammarion engraving is a wood engraving by an unknown artist, so named because its first documented appearance is in Camille Flammarion’s 1888 book L’atmosphère: météorologie populaire (“The Atmosphere: Popular Meteorology”). The engraving has often, but erroneously, been referred to as a woodcut. It has been used to represent a supposedly medieval cosmology, including a flat earth bounded by a solid and opaque sky, or firmament, and also as a metaphorical illustration of either the scientific or the mystical quests for knowledge. How’s that for a scandal? Lol. 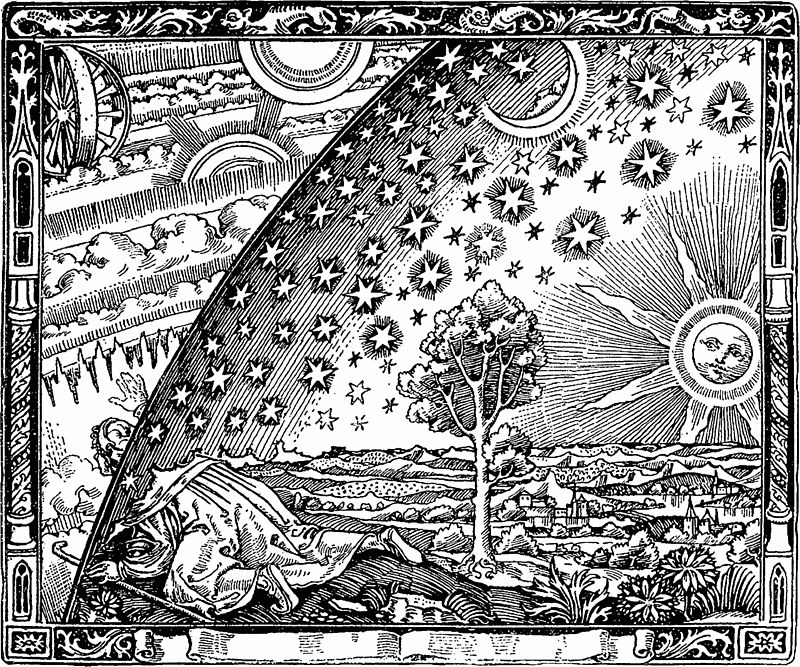