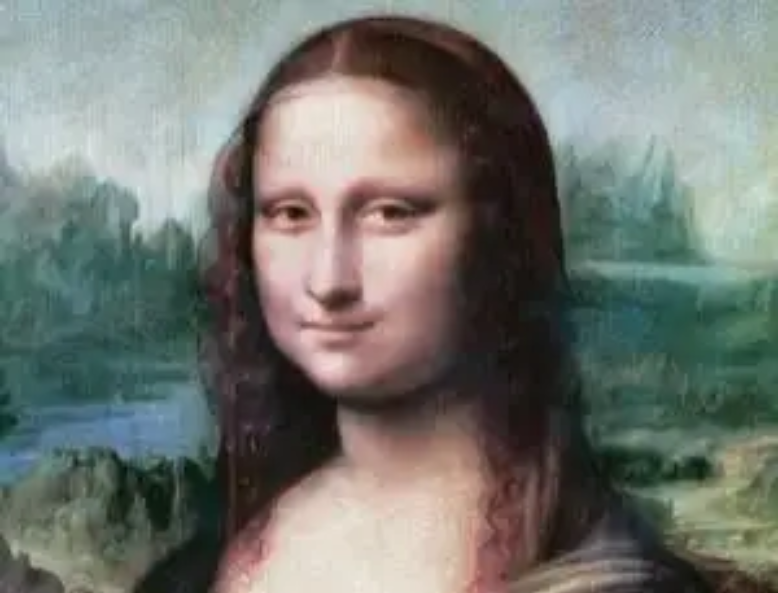 21 Mar Neuroscientists Discover Da Vinci’s Secret: Is The Mona Lisa Smiling Or Not?

Mona Lisa’s smile: It all depends on where you look

According to Ewen Callaway’s article, Mona Lisa’s Smile a Mystery No More, in October’s New Scientist, neuroscientists have solved the mystery as to why some people see Mona Lisa’s smile and some don’t. 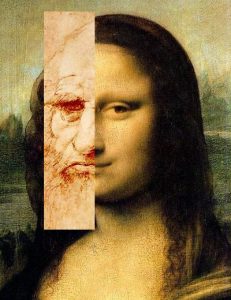 Is she smiling or not?

Neuroscientists at the Institute of Neuroscience in Alicante, Spain say Leonardo Da Vinci‘s, Mona Lisa is both smiling and not smiling, depending on what cells in the retina pick up the image and what channel the image is transmitted through in the brain.

He wrote in one of his notebooks that he was trying to paint dynamic expressions because that’s what he saw in the street.”

Though other studies have been done over the years, one quirky theory by Dr. Lillian Schwartz of Bell Laboratories contends that Leonardo Da Vinci was pulling a prank on his viewers. She believes the painting isn’t of a young woman but is actually a self-portrait of the artist himself. Dr. Schwartz used a computer to line up the features of the Mona Lisa and Da Vinci’s portrait and saw they matched up exactly.

Self-portrait or not, Leonardo did try to paint dynamically and used many innovative painting techniques.

In A History of Italian Renaissance Art, Frederick Hartt says:

“Among the qualities that make Leonardo’s work unique are the innovative techniques that he used in laying on the paint, his detailed knowledge of anatomy, light, botany and geology, his interest in physiognomy and the way in which humans register emotion in expression and gesture, his innovative use of the human form in figurative composition and his use of the subtle gradation of tone. All these qualities come together in his most famous painted works, the Mona Lisa, the Last Supper and the Virgin of the Rock .”

Fascinating research at the Nuclear Techniques Laboratory for Cultural Heritage in Florence used a nuclear accelerator device that launched particles at high speed to figure out how Leonardo created his works. The technology identified every layer of paint and each and every stroke.

Alessandro Vezzosi, director of the Museo Ideale in the Tuscan town of Vinci, where the artist was born mentions:

Color dilution was very important for Leonardo. He put a lot of effort in preparing the colors, so he did not have to mix them on the palette. Often, he did not use the brush either. He applied the thin layer of colors using his thumb. He used this technique often in his later work, especially on the Mona Lisa.”

Leonardo Da Vinci wittingly or unwittingly, with his thumb, dipped in thin layers of paint, left us a visual and timeless reminder that whether we see a smile or a frown on another’s face, may be dependent on where and how we look. Seeing something different may be as simple as turning and looking at the other cheek.